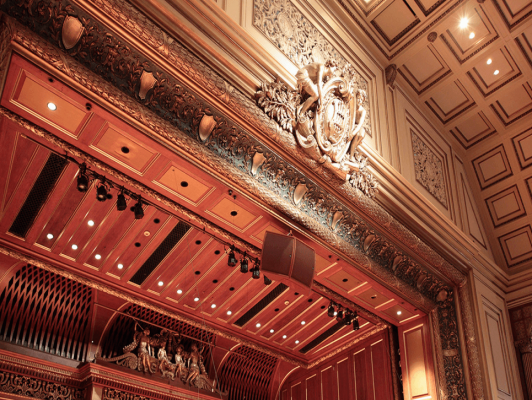 Since its founding in 1867, the New England Conservatory of Music (NEC) has earned a reputation as one of the world’s finest music schools. Built in 1903, Jordan Hall has become the heart of the conservatory. With performances by leading soloists and ensembles, as well as student recitals and concerts, the beautiful 1,029-seat concert venue is nothing short of legendary. Both NEC and Jordan Hall were declared National Landmarks in 1994, making the conservatory the first music school in the nation to receive such a dual designation.

The hall’s acoustics perform magnificently for traditional orchestral music, but due to the building’s historic status (and lack of need), for many years a sound system was never integrated. That all changed at the beginning of 2015 with the installation of a Fulcrum loudspeaker array featuring AH65 high-efficiency, full-range coaxial horns, and RX699 coaxial loudspeakers.

A horizontal array of three Fulcrum AH65 high-efficiency, full-range coaxial horns flown from the proscenium in a center cluster provided the acoustically challenging concert venue with precise pattern control and extremely high output from compact, lightweight enclosures requiring modest amplifier power. Four Fulcrum RX699 coaxial loudspeakers were installed at the lip of the stage to solve articulation issues in the main space where limited rigging options precluded flying speakers to cover the front rows and underbalcony seats. Fulcrum also worked closely with NEC to color match loudspeakers to the hall, and with Incendiary Arts to mount them close to the ceiling to avoid obstructing views of the hall’s organ pipes and ornate décor. Fulcrum Acoustic was proud to provide a cost-effective, high-performance loudspeaker solution befitting this distinguished and demanding, historic performance venue. 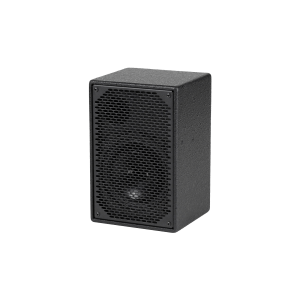