The original NPR article can be found here.

The headquarters of Fulcrum Acoustic is only an hour outside Boston, but finding the audio company can be tricky: Its address in Whitinsville, a quaint former industrial village in Massachusetts’ Blackstone Valley, doesn’t register on GPS. Fulcrum’s founder, Dave Gunness, opened his workshop here five years ago and says people still have trouble finding it.

“There are no high-intensity nightclubs anywhere near here, so yeah, it is a little ironic that this is where we do this kind of work,” Gunness says. “But there’s a core of speaker companies in this little neighborhood.”

That’s thanks in part to its proximity to MIT. Beginning in the 1950s, former students and professors from the university started companies including Acoustic Research, Advent and Bose. Others followed, including Eastern Acoustic Works, where Dave Gunness was an engineer.

When that company moved most of its production overseas, Gunness took over some of its equipment and space inside two old wood-and-brick former mill buildings, which he now shares with a bunch of birds who have taken shelter in the rafters.

“They’re our tweeters,” Gunness says, chuckling at the pun. “They get a little upset when we make loud noise, but then they always come back.”

Gunness and his team of audio engineers make a lot of different noises as they obsessively test their tweeters and woofers. The company produces more than 2,000 speakers a year at an average cost of $800 to $6,000, and they do their best to cater to each client’s individual needs. But Gunness says the sound they’re always after is robust and pristine.

To illustrate, he and engineer Rich Frembes set up two speakers in the middle of their workshop, spaced a few feet apart. A microphone sits on a stand in front and in between them. Then Frembes plays a few very short, whooping bursts of sound through the towers. These “sweeps,” as they’re called, cover the entire frequency range and are used to create visualizations of the audio patterns channeled through their speakers.

“It’s the signal we use for measuring the response of loudspeakers,” Gunness explains. “The microphone sits in front of it and records what comes out of the speakers, and then the computer compares that to what went into the speakers.”

They run these sweeps over and over, moving the microphone around each speaker so as to record the range from every vantage. In the end they come up with a prescription to adjust each speaker’s sound so it’s as neutral as possible.

“There’s an awful lot of art in speaker design,” Gunness says. “It isn’t a purely technical pursuit; there’s a lot of aesthetic decisions that have to be made to really make it sound the way it needs to. We tune speakers for a Las Vegas nightclub much differently than we do for a church, a jazz club or a theme park.”

Gunness and Frembes skip through tracks on a test CD. They and the other engineers have heard the samples countless times and know exactly how they should sound.

They use a BBC engineering CD to test speakers designed specifically for church sermons. A calm, British female voice voice fills the room: “To administer medicine to animals is frequently a very difficult matter, and yet sometimes it’s necessary to do so.”

But Vegas nightclubs require something more aggressive and complex; Gunness says they generally boast 100 to 150 speakers.

“You have just an insane amount of low-frequency capability … sometimes 10 double 21-inch sub-woofers all concentrated on a dance floor that’s only 20 by 30 feet,” Gunness says. “That’s capable of deflating your lungs, practically. You feel like you stepped under water when it comes on.”

Electronic DJ Zedd is not the type of musician Dave Gunness usually listens to — but his beats will be pumping through Fulcrum speakers in the Vegas club Light. Zedd has a residency deal there, as do other big name DJs, including Skrillex.

“Some people don’t realize how important good speakers are for the kind of music I make,” Zedd says. “A lot of people call it bass music, just because it’s getting to a point in the frequency range where, if the speakers aren’t good enough, you literally don’t hear it.”

In fact, Zedd refuses to play certain tracks if a club’s sound system can’t handle the frequencies. John Lyons, who owns the clubs Avalon Hollywood and Avalon Singapore, describes his own ideal.

“Picture a set of headphones or a really great living room stereo system,” he says. “To be able to have that audio experience, but on the dance floor with 1,500 people — it’s a visceral experience, and it really is one of those things that causes people in a nightclub to be able to lose themselves.”

Lyons, who also installs sound audio systems for high-end Vegas venues, has been using speakers crafted by Dave Gunness for years. So has Joan Baez’s tour engineer, Jason Raboin. He stopped by Fulcrum Acoustic to pick up speaker monitors for the folk icon’s upcoming tour, and he’s really into the fact that these speakers are local.

“They’re made here, by people who care about how things turn out,” says Raboin, who lives about an hour away. “They’re not shipped in on a pallet from Asia. And on top of that, they sound amazing. They make my job easier.”

“There’s an old adage, and certainly in pro audio, that you only really know you did a good job when nobody comes up and says anything to you,” Frembes says. “If you remain invisible, you’ve done a really good job. ”

And it seems that’s the way the self-described audio geeks at Fulcrum Acoustic like it. 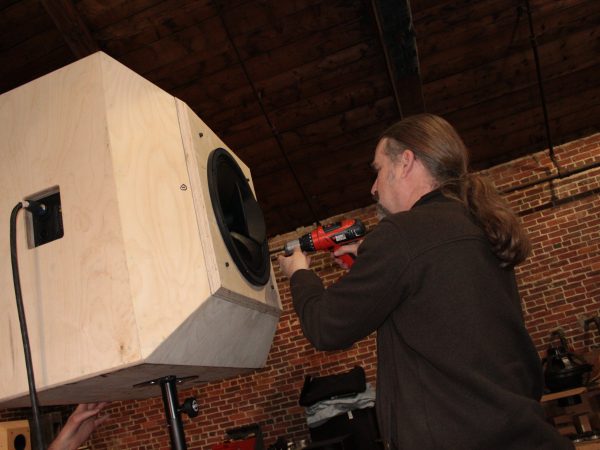 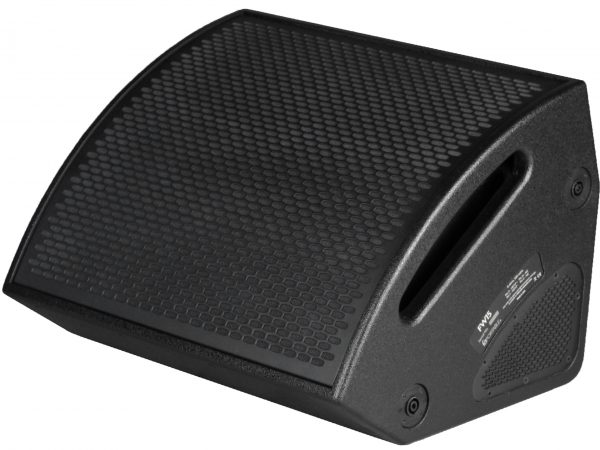 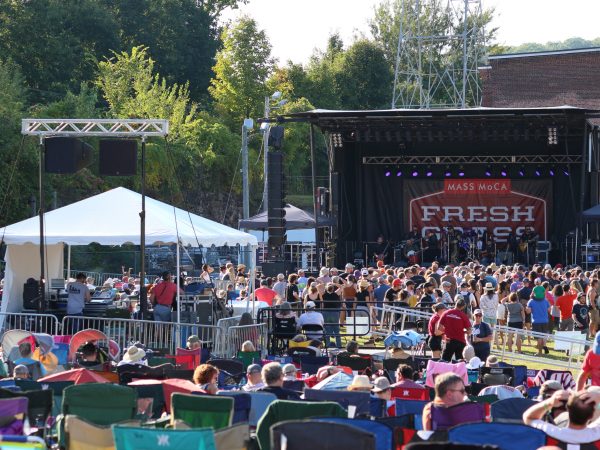